On a Saturday morning together with my fellow travel bloggers of Travel Bloggers Greece, we were invited to participate in the Greek Mythology Tour with Alternative Athens. At 09:30 in the morning we met with our tour guide Ioanna just outside the Temple of Olympian Zeus. I have been to this temple in the past but have never actually taken a guided tour. What we learned about the Greek mythology in the those few hours was quite remarkable. Greeks are stones under the sun

Ioanna explained that site where the Temple of Olympian Zeus stands today was were Zeus, who was mad with the human race, created a thunderstorm that set floods which lasted for nine days. Deucalion, the son of Prometheus following his father’s advice built a wooden boat that protected him and his wife Pyrrha. Having survived from the floods, Deucalion made a sacrifice to Zeus who in return granted his wish, to restore the human race. They were made to throw the bones of their mother behind their back, which were the stones of mother Earth and the first Greek person was born. This is when Earth was repopulated and the term “Ellinas” the Greek was used, “Elli” being the sun and “nas” the stones. So the Greeks are stones under the sun. We then walked to the Theatre of Dionysus which is an open-air theatre located at the foot of the Acropolis. It is here that festivals took place to honour the god Dionysus. Once upon a time Zeus fell in love with Semele who was the only mortal who could become a parent of a god. When Zeus’ wife Hera found out about the affair she decided to plot against his mistress so she turned herself into an old lady and started working as a maid for Semele. Semele got pregnant from Zeus and confided to her maid about her affair. Hera made Semele doubt that it was the real Zeus and told her that the only way she can be sure if Zeus was to show her his powers. Zeus was reluctant as mortals could not survive from his powers but since he took an oath to grant her wish, as a result Semele was killed. The only way Zeus could save the baby was to saw it into his thigh and a few months later the baby Dionysus was born. The Acropolis and Goddess Athena

After this interesting story about the birth of Dionysos we headed up the hill to the famous Acropolis. I must have been up there at least 20 times if not more since the first time I visited Acropolis when we moved to Greece 23 years ago. 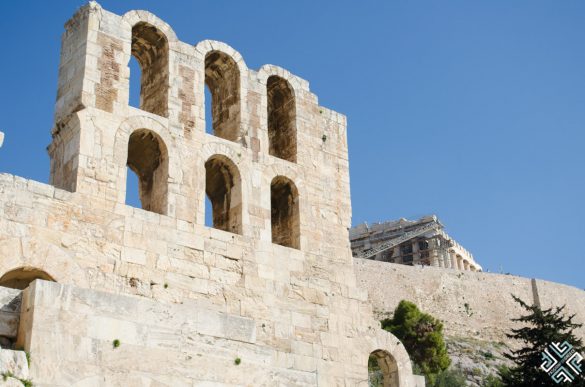 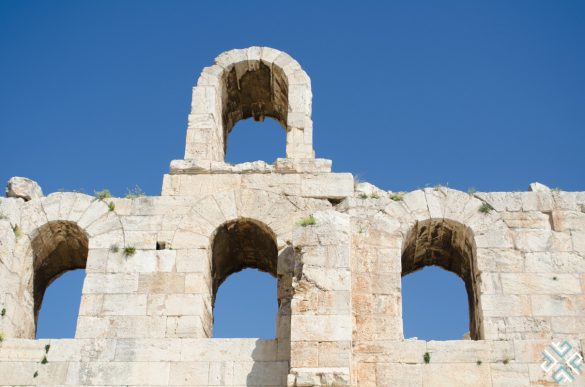 The Odeon of Herodes Atticus The entrance to the Acropolis 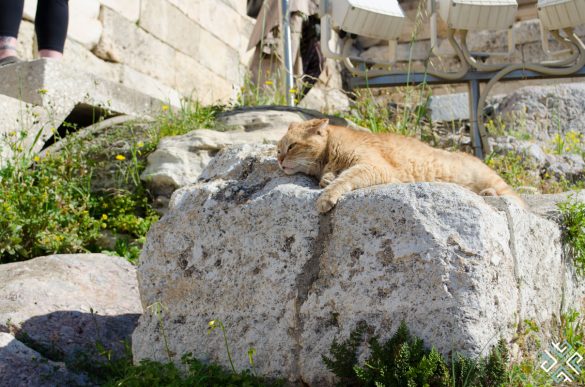 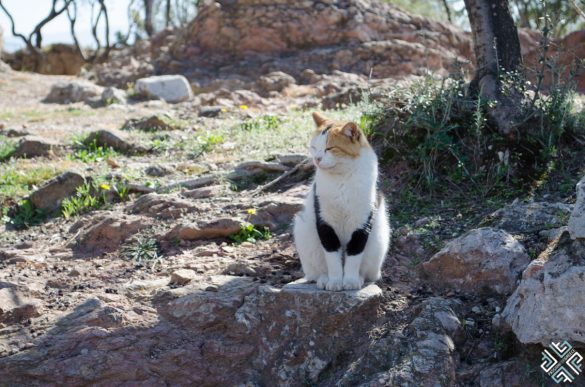 Did you know how goddess Athena was born? Zeus was once married to Metis and she became pregnant. Zeus was warned by Earth that if a son was born he would overthrow him so in order to avoid losing is power he swallowed Metis. One day Zeus suffered from a terrible headache and asked god Hephaestus for his help to relieve the pain. Hephaestus hit Zeus’s head with an ax and goddess Athena came out. Zeus gave birth to Athena himself.  Athena remained a virgin all her life not to give birth to a son who would overrule Zeus. Athena and Poseidon both wanted to be patron deity of Athens and in order to show their worthiness they had to make an offering. Poseidon hit the ground with his trident causing water to spring but unfortunately as he was the god of the sea, the water was salty thus could not be of use. Athena watched Poseidon make his offering first and as he failed, she presented her gift which was an olive tree that had many uses. This is how the city was named. 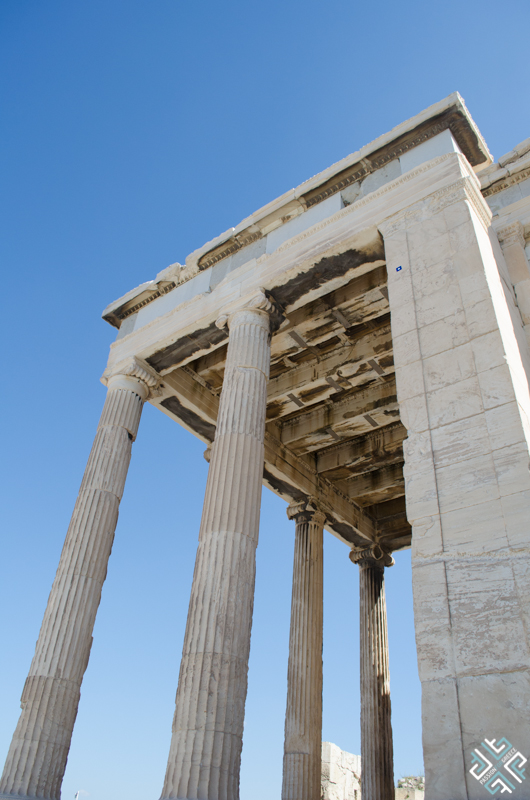 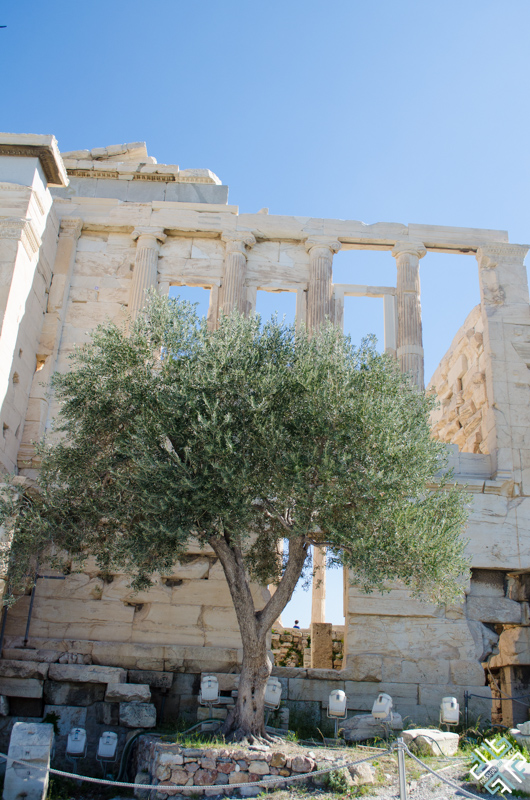 The Parthenon is made up of 16,000 pieces of marble and it is difficult to restore as it is like a puzzle. Its reconstruction began in 1975 and is still in process to this date. The view from the Acropolis We then headed for a coffee break in Plaka after which the tour continued to the Ancient Agora where Ioanna explained how Hephaestus the greek god of blacksmiths, sculptors, metallurgy, fire and volcanoes ended up marrying goddess Aphrodite. Hera had initially regected her son Hephaestus who was ugly so he sent a throne to her as a gift which had some sort of magical powers that kept her trapped. Dionysos went to his workshop to ask him to set his mother free. Hephaestus agreed only on one condition, that he would marry Aphrodite in return. The last stop was the Ancient Keramikos Cemetery which was the potters’ quarter of the city and where Pericles delivered his funeral oration in 431 BC. Here is a short excerpt of his speech: “Our government does not copy our neighbours’, but is an example to them. It is true that we are called a democracy, for the administration is in the hands of many and not of the few.”

Tour details: Duration 4 hours, 53€ per adult, children under the age of 6 free. For more information visit the Alternative Athens website

4 Days in Athens: A Local’s Guide to Athens

The Best Restaurants and Bars in Athens

Christmas in Athens: The Coolest Things to Do