Home Europe Top Things To Do in Liechtenstein: The Sixth Smallest Country in the World
EuropeFeaturedLiechtenstein

Top Things To Do in Liechtenstein: The Sixth Smallest Country in the World

Liechtenstein can be found lying between Austria and Switzerland and is typically a 25-km long stretch. Its capital, Vaduz, is a hub of financial and cultural activities, both medieval and modern.

Top Things To Do in Liechtenstein: The Sixth Smallest Country in the World

Liechtenstein has quite a bit of history which dates back to when it was captured by the Romans and became a part of the province of Raetia. It was ruled by the Franks after the fall of the Roman Empire and progressively got influenced by Germans thanks to the arrival of Alemannic migrants. This present modern state was brought about by the purchase of the County of Vaduz in 1712 and the lands of Schellenberg in 1699 which then formed the Imperial Principality after they were merged in 1719. 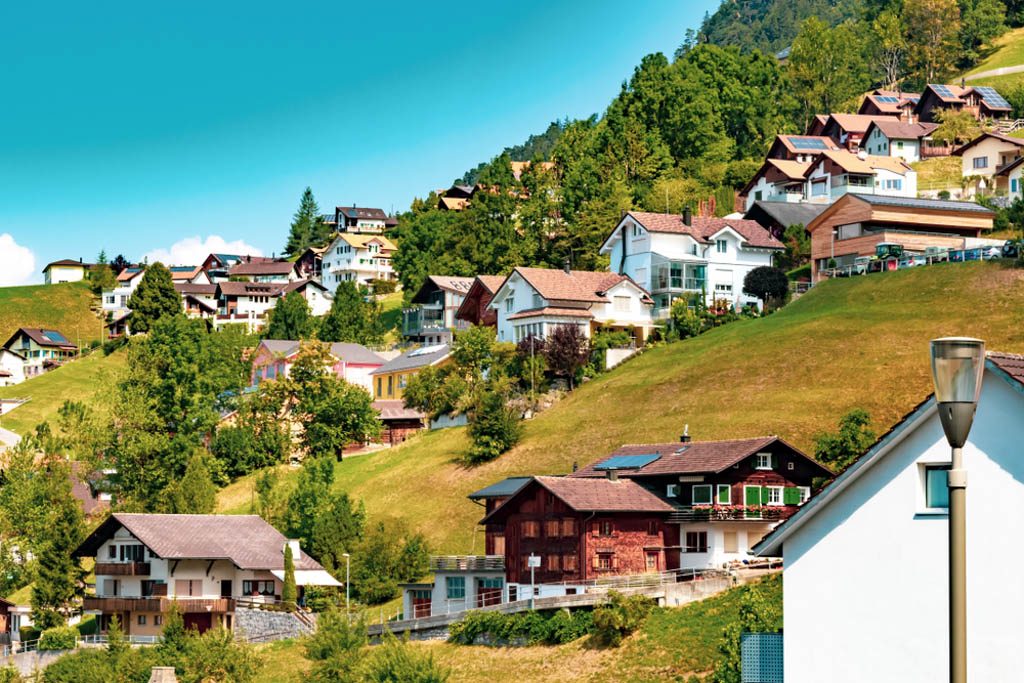 German is the generally spoken language while the currency is Swiss Francs. There are 11 municipalities in Liechtenstein including Vaduz and Balzers and most of them make up single towns.

Despite Liechtenstein’s seemingly small size, it offers a whole lot of variety in terms of cultural events, arts, and other activities. It is also well known for its indigenous cuisines as well as boasting of a number of exotics as well. Liechtenstein has a number of unique customs and traditions as well as those gotten from Alemannic settlers.

Some of these include the ceremonial cattle drive, Wimmlete or grape harvest, as well as Funkensonntag which implies Bonfire Sunday and is celebrated on the Sunday after Ash Wednesday.

What to do in Liechtenstein in Summer

Liechtenstein offers up to 400km of hiking trails filled with the wondrous beauty of the countryside. One trail you should not miss is the Liechtenstein trail which connects all the municipalities in Liechtenstein, all 75 kilometers of idyllic spots, sights, majestic views and exciting stories that are bound to stay with you. There are also a number of themed trails as well as learning hikes all at your disposal.

Liechtenstein offers an array of trails and paths that are very ideal for mountain biking. Bike all the way from the Rhine dam on the valley floor up to the trails that are up in the Alps. Similarly, E-biking is another option this location offers and allows you even more time to concentrate on the scenery.

Other sporting activities that you could engage in include fishing, golfing, swimming, paragliding and rock climbing. There would definitely be something that you love available for you to do.

A train tour of Vaduz clearly shows that in spite of its apparent small size, it still offers a whole lot of diversity.  A train tour gives you an amazing opportunity to take in the sights as well as learn the facts and history of this city. The tour takes you all the way past Old Town, past the Vaduz vineyards onto a photo stop just underneath the historic Red House with an amazing view of Vaduz Castle.

Upon continuing your journey, take in the picturesque landscape and go on past Liechtenstein’s stadium, the Rheinpark Stadium. Get the ultimate Vaduz experience, soaking in both modern styles and history.

What To Do in Liechtenstein in Winter

Here are some exciting activities that Liechtenstein offers in winter:

Malbum offers pistes and four lifts, including three chair lifts. With twenty-three kilometers of slopes, this is literally a snowboarders and skiers heaven.  This winter resort can be found behind the southern Alpine ridge in a small side-valley of the Saminatal Valley.

Winter Hiking in the Alps

Liechtenstein’s Alps are very ideal for hiking in the winter and offers a number of trails with different difficulties.

The Valünatal Valley presents skiers with the perfect opportunity to engage in cross-country skiing and includes three cross country skiing schools for beginners. There are different trails depending on the skier’s expertise, however, there are trails which are great for beginners as well.

Walk around the town center of Vaduz 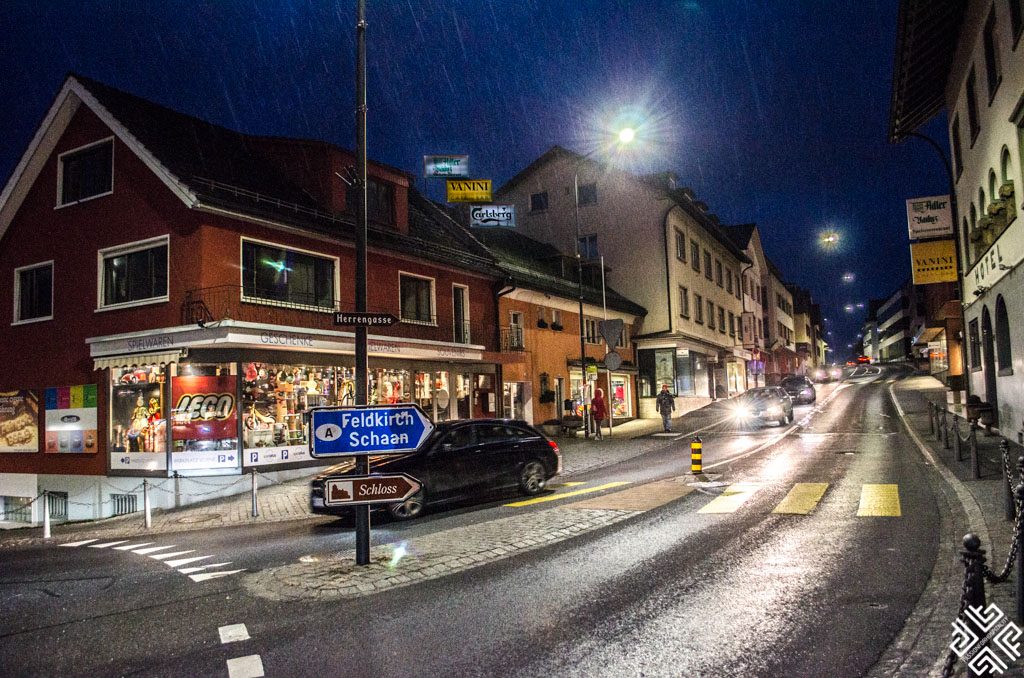 The town center of Vaduz is also referred to as “Städtle”(“small town”) by locals. It offers a wide range of relaxation options as well as multiple shopping stores, dining, and various cultural highlights. It has a significant number of modern art and historical collections to outdoor cafés, restaurants and boutiques.

The Kunstmusem Liechtenstein which was opened in the year 2000 has on display a wide range of both contemporary and medieval artworks. Apart from the attention-catching building that holds these works, it also has many of its exhibitions being shown all over Europe.

The Kunstmuseum Liechtenstein which is also regarded as a state collection of the Principality of Liechtenstein is well known for three-dimensional works including installations, objects, and sculptures. The collection has a particular focus on Arte Povera and Post-Minimal Art. 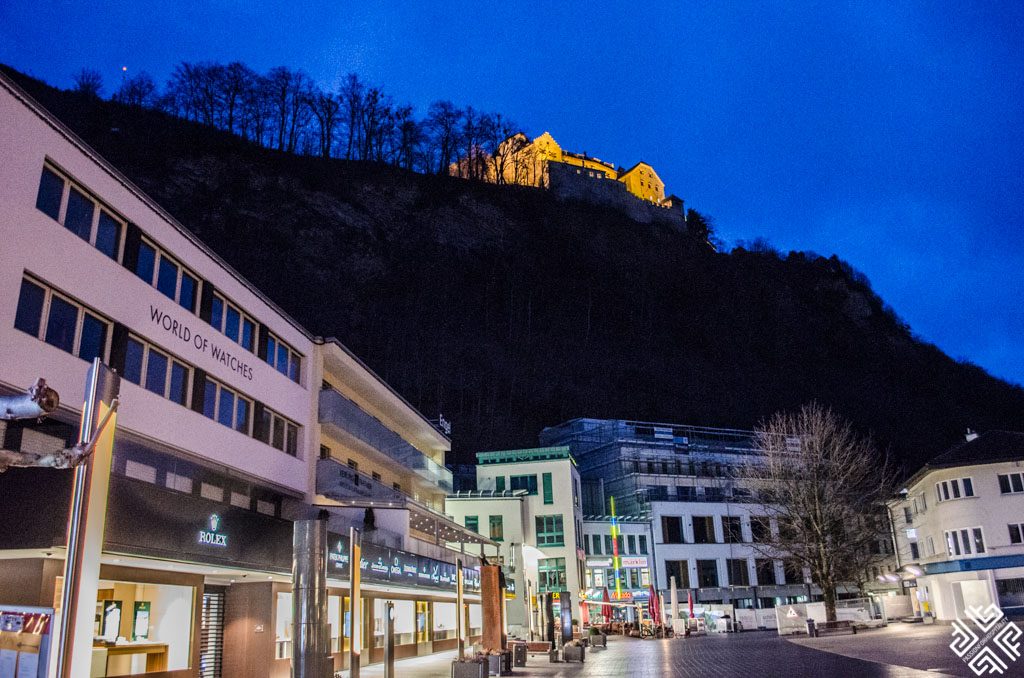 Vaduz Castle can be found on a hillside 120 meters above Vaduz. It can be seen even from a distance and constitutes the country’s capital. It is rumored to have been originally constructed as a fortress around the 12th century after which living quarters were then added in 1287. In 1712, the Princely Family took over ownership of the building and turned the West wing into a residence.

It underwent rebuilding and renovation between 1905 and 1912. Also, it was extended by Prince Franz Josef II sometime before the Prince adopted Vaduz Castle as an official residence and moved in with his family. 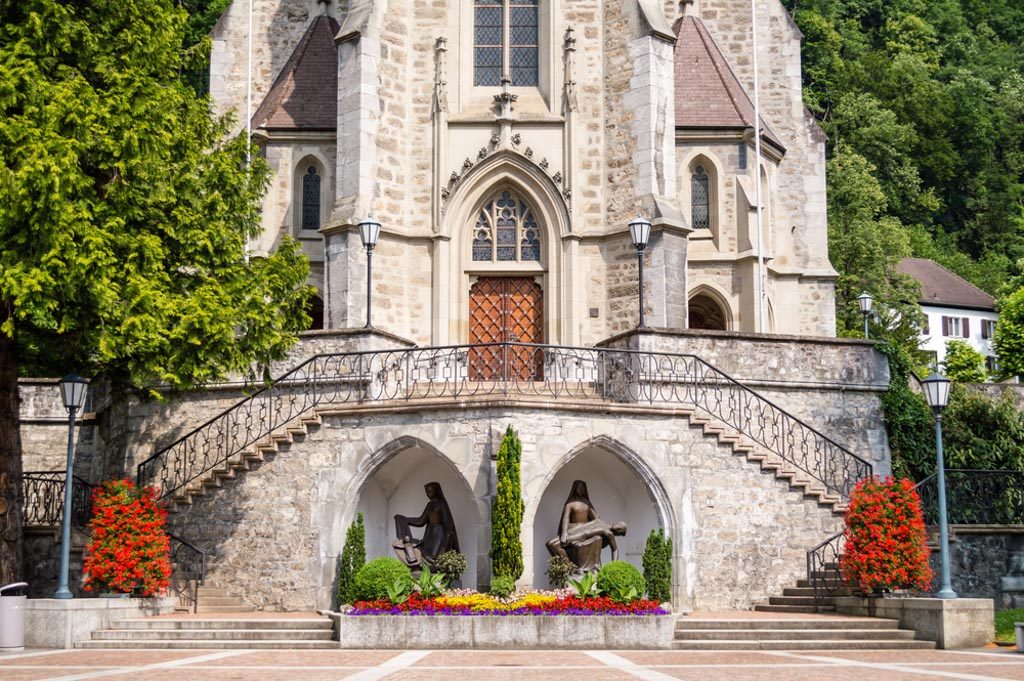 History speculates that the St. Florin Cathedral could have been a private chapel belonging to some nobleman. However, between 1395 and 1873 saw the parish undergo a number of additions before the old chapel of St. Florin was demolished in 1874. It later underwent various renovations.

Just beside the Parish Church, the burial place for the Family of the Prince can be found. This should definitely be part of your list of what to see in Liechtenstein. 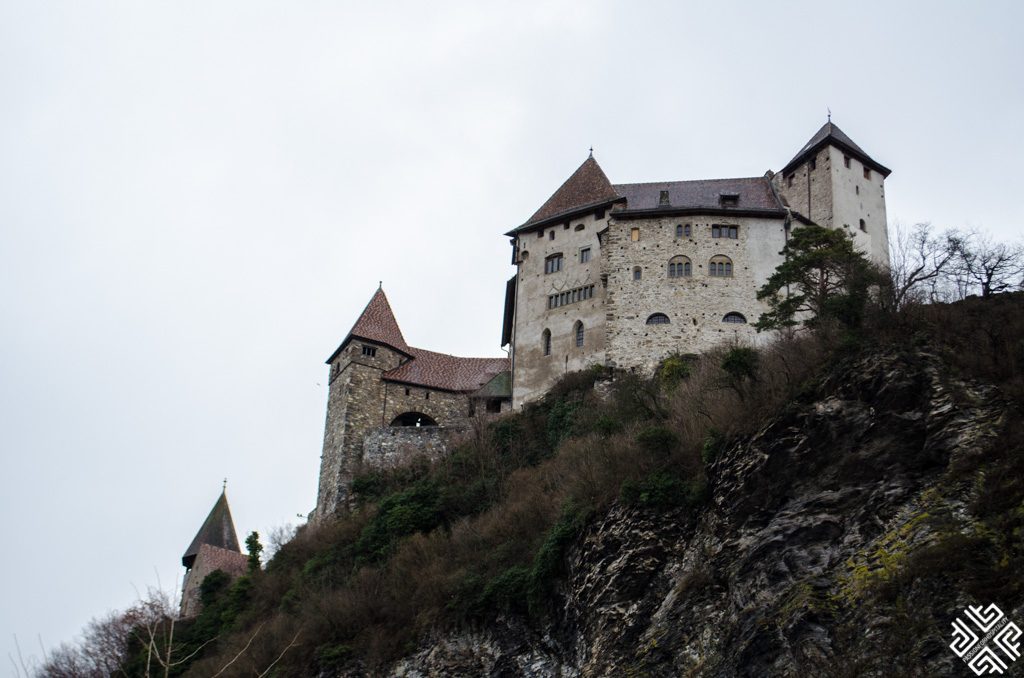 The construction of the Gutenberg Castle can be traced back to the High Middle Ages. It can be found perched on a hillside around the country’s southernmost municipality. Standing just about 70m above a nearby village which has been inhabited since the Neolithic period, there have been a number of interesting archeological discoveries close to the building, chief of which is the ‘Mars von Gutenberg’ figurine that measures 12cm and is on display in the Liechtenstein National Museum. 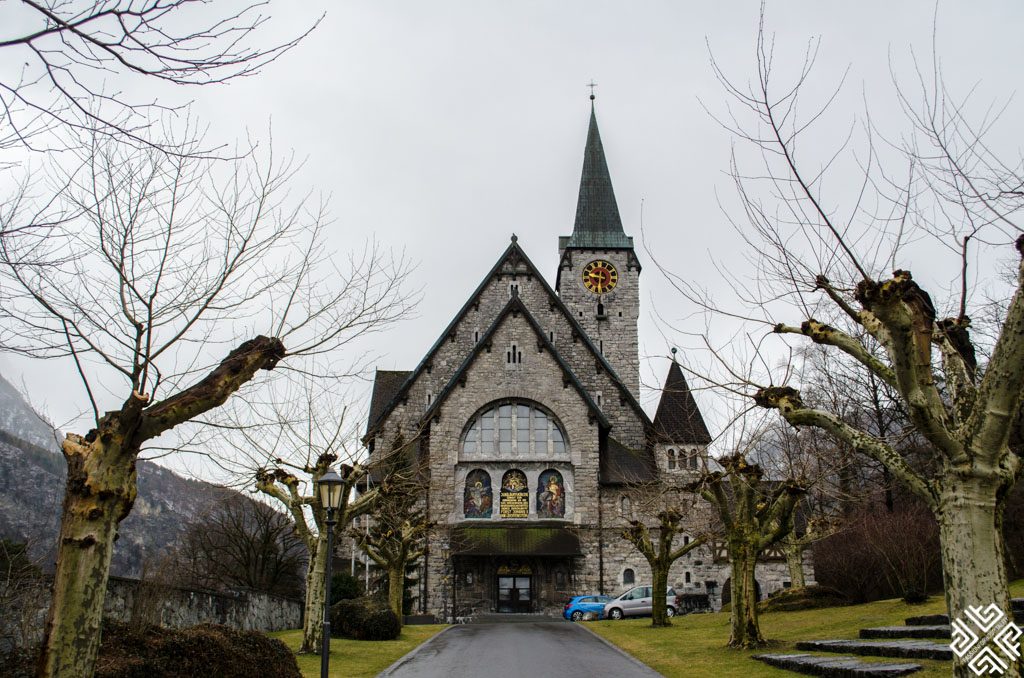 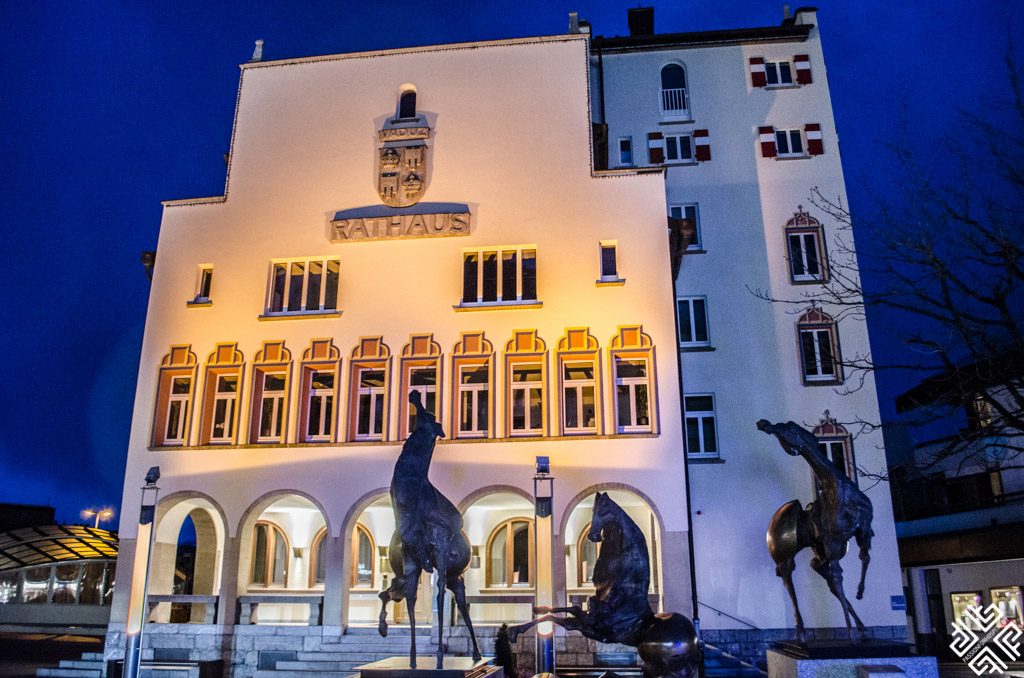 The Vaduz Town Hall is one of the most notable locations used for conducting various large events. State of the art facilities, as well as a modern structure, are some of the highlights if this town hall.

In addition, one other highlight of the town hall is the Nag Arnold sculpture just outside of it. The theme which is the myth of the horse and human is used to depict joy and pain. 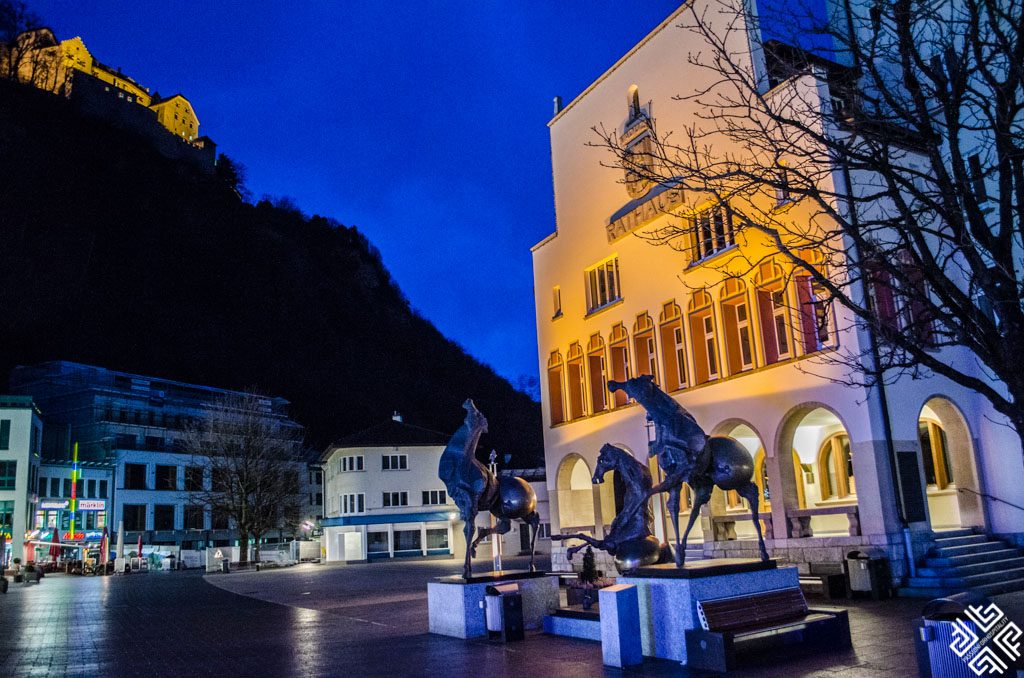 There are various sculptures which show off a great deal of artistic talent and are the works of some very notable artists. There’s the African King statue by Gunther Stilling, the Figure in a Shelter by Henry Moore, Grande Cavallo by Nag Arnold, Hochsitz by Robert Indermaur, Monoform 29 by Gottfried Honegger as well as a host of others.

Liechtenstein is home to a number of notable museums which all display impressive pieces. Noteworthy of mention include the DoMus – Museum und Galerie which is housed in Schaan town hall and has a gallery within the town hall. The Gasometer cultural center which is located on the main road leading to the oldest part of the village and is the main cultural hub in Triesen.  There’s also the Kuefer Martis Huus which is home to a museum with a water theme and is a place of cultural interaction.

Getting to Liechtenstein from Zurich is no hassle at all and one train and one bus is all the journey you would have to make. The train ride lasts about an hour with a guarantee of beautiful scenery all around. Trains leave the Zurich station every half hour. The bus ride typically takes between 16-22 minutes and in order to stop at the city center, you would need to get off at the last stop.

I also visited Liechtenstein as a part of my one week trip which started from flying into Bergamo, where we rented a car, drove to spend two days in Damanhur and then headed to Switzerland. In order to get to Liechtenstein, I drove, and this took about 1hr 25min.

Where to Stay in Liechtenstein 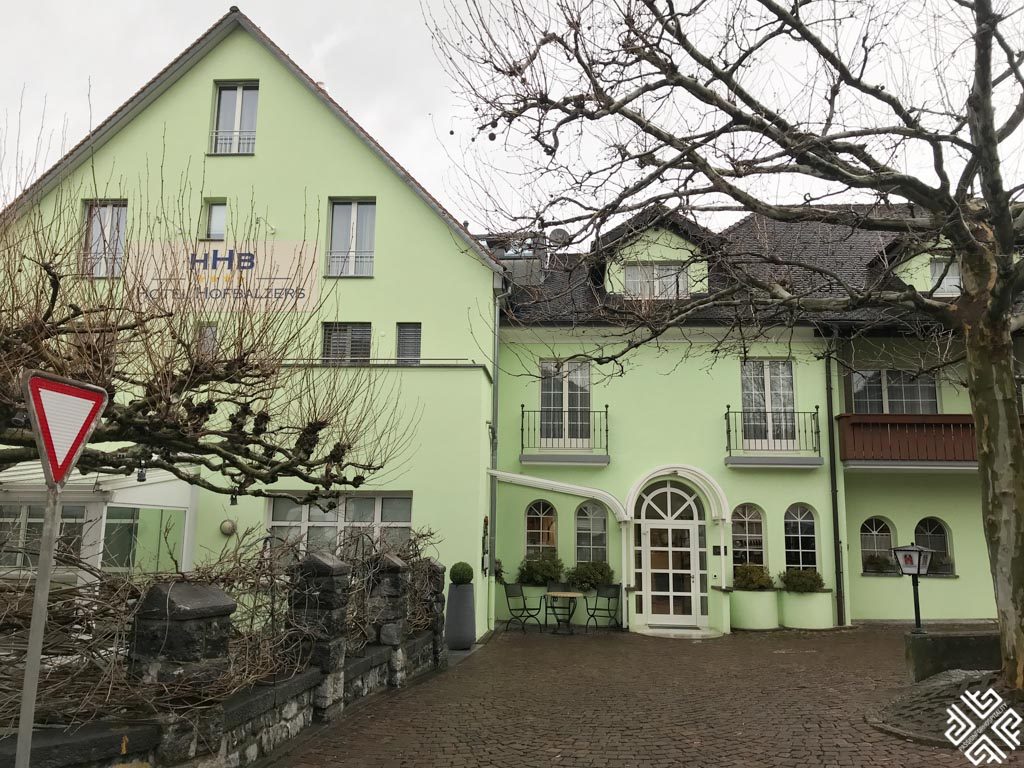 Hotel Hofbalzers is a 4-star hotel located in the center of Balzers and is within very close proximity to a number of alpine resorts. It is historically known for being the place where Russian military leader Alexander Suvorov stayed in October 1799 after crossing the Swiss Alps with his army. This cozy hotel offers a range of amazing services besides serving its basic function.  In the evening we enjoyed dinner at the hotel’s restaurant, where I was happy to find my favorite Italian Primitivo wine from Puglia. 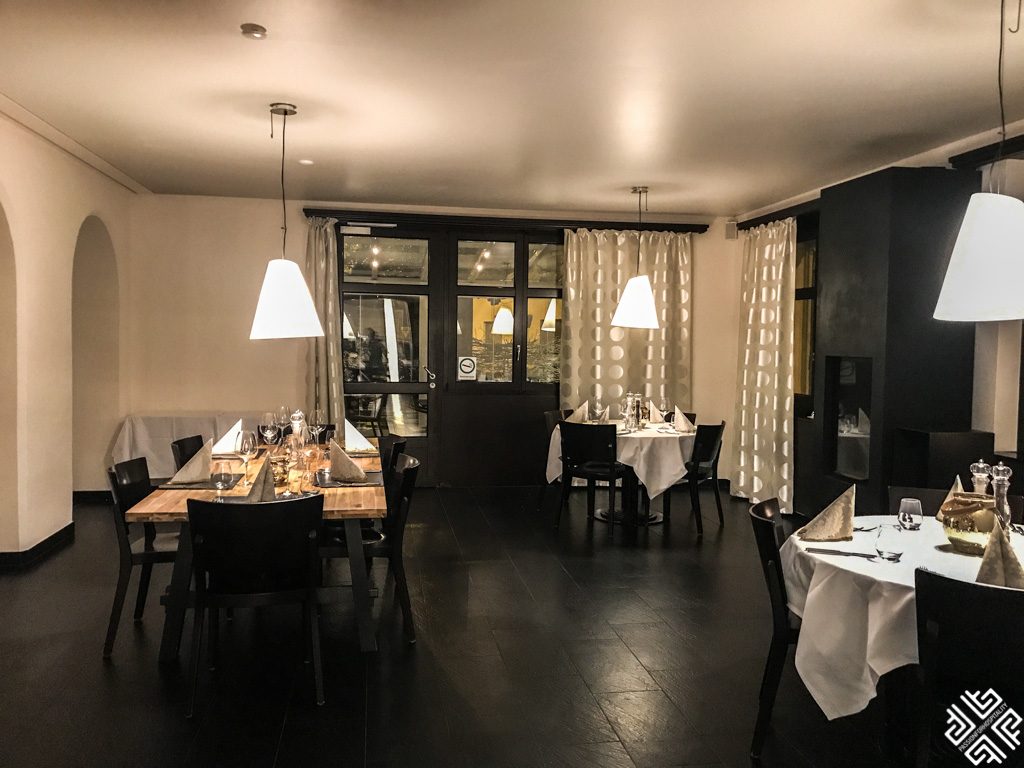 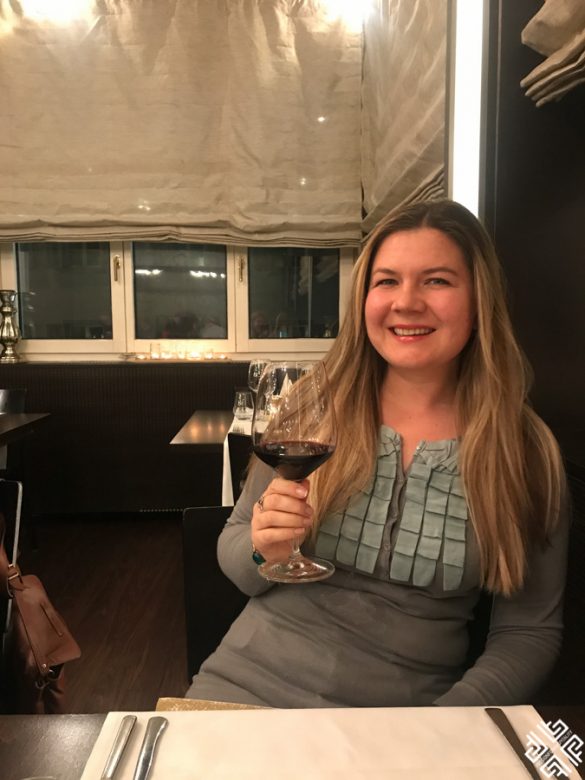 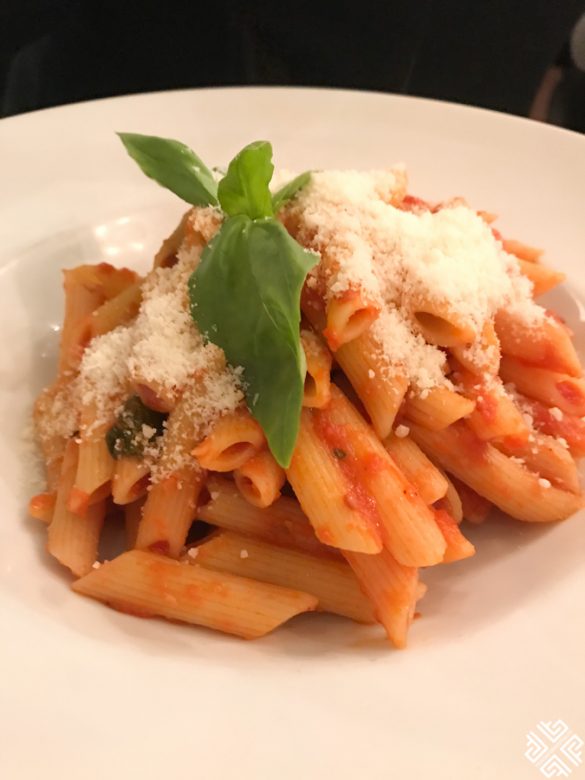 Hotel Vaduzerhof is a 4-star hotel located very close to all the sites of activities that there are in Vaduz. A 24-hour desk and a sun terrace, as well as a mountain view, are few of the attractions that this place offers. Each room comes with a desk, flat-screen TV, as well as free WiFi. The hotel also offers free parking.

The 4-star Park Hotel Sonnenhof boasts of an award-winning gourmet restaurant as well as a private park which offers a mind-blowing view of the Alps. Free WiFi, parking space and spa facilities are some of the other highlights of this hotel.

Why Colmar Christmas Markets Should Be on Your Bucket List