Mytilene for the history buffs

Are you a history buff? Then this post is exactly for you. If you have been reading my previous posts, you would have noticed that Lesvos is an island of sublime nature beauty, full of flavours, authenticity, traditions, hospitality, just to name a few. Like any great Greek destination, Lesvos is also rich in historical heritage. Our hosts made sure that we got to experience the best of what Lesvos has to offer, this included the side of Mytilene which will inspire the history buffs. View of Mytilene from the castle

I know I have said it before but it’s true, and I am sure that many will agree with me that Greece is one of the most hospitable countries in the world. Personally, I have never come across anything like it anywhere else in the world. I have written a separate post dedicated to all the people who made this visit memorable, in case you missed it you can read about my Life changing experience in Lesvos. The Archaeological Museum of Mytilene is fairly new, the building was completed in 1995 and in 1999 the permanent exhibition dedicated to Lesvos from Hellenistic to Roman Times found its home here. We were met by Professor Yannis Kourtzellis who took us on a guided tour of the museum. Yannis explained how the Hellenistic period was one of the most notable periods for Mytilene. During the Roman period, Mytilene was a favourite holiday destination and many royal families were exiled here. Other than the permanent exhibitions, the museum also houses temporary exhibitions. We walked through the impressive collection of ceramics and pottery, admiring the creations dating back to the Neolithic period, 4th century B.C. The village of Agiasos is famous for its pottery making techniques until this day. 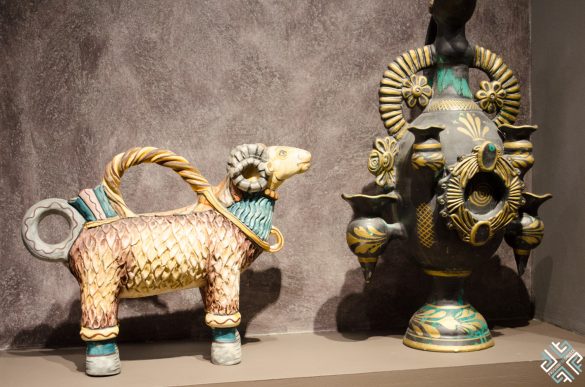 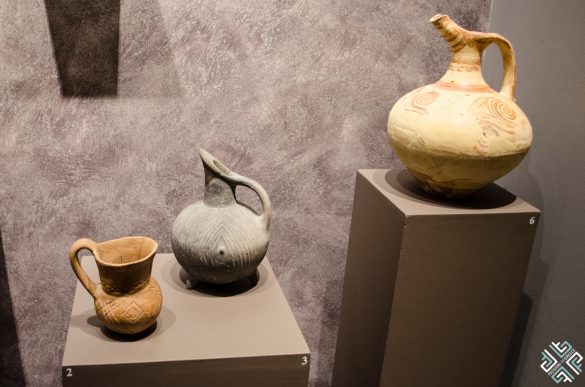 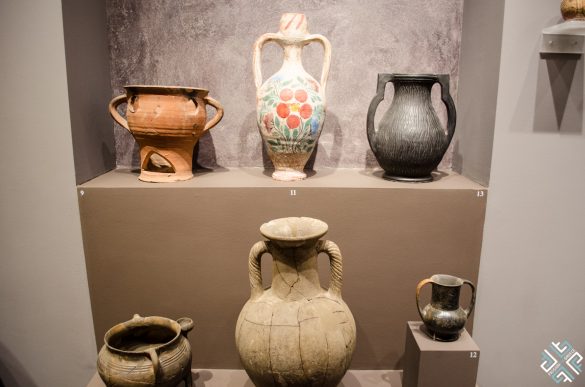 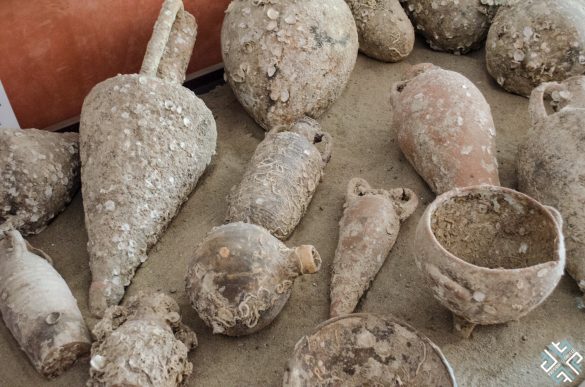 Mytilene was also said to be home to Longus, a Greek novelist and romancer of 2nd century A.D. renowned for his romantic story of Daphnis and Chloe. Longus described Mytilene as a city whose two sides were connected by stone bridges and apparently his writings were precise as fifteen years ago the marble bridges were discovered. This mosaic floor was founded at the House of Evripos from 2nd century A.D — representing a young man or the seasons of change

The museum also houses impressive mosaic floors which were discovered in the 30 villas dating back to the Roman period. One of the mosaic floors was from the house of the Greek dramatist Menander, who lived during the period of Alexander the Great and was considered the supreme poet of New Comedy. One of the most impressive mosaic floors was founded at the House of Evripos from 2nd century A.D — representing a young man or the seasons of change, showcasing the four seasons on every corner. 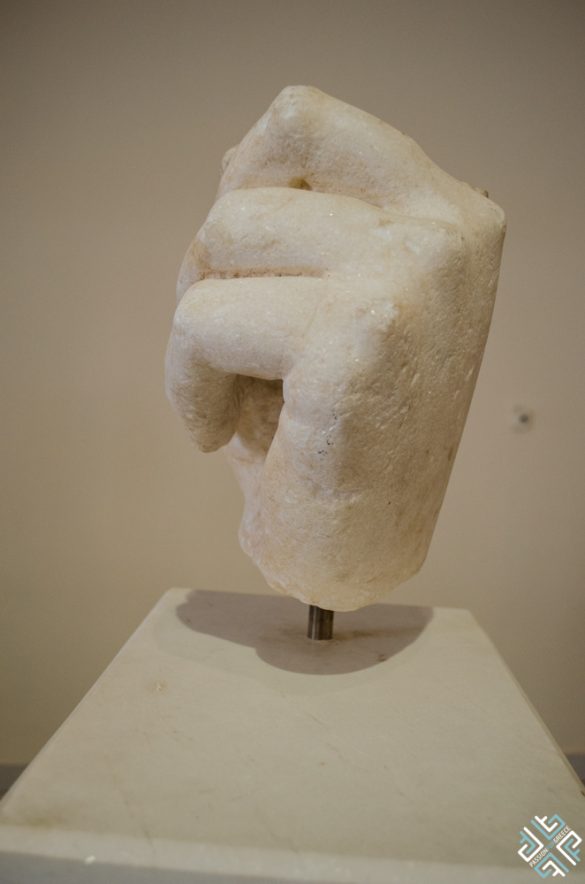 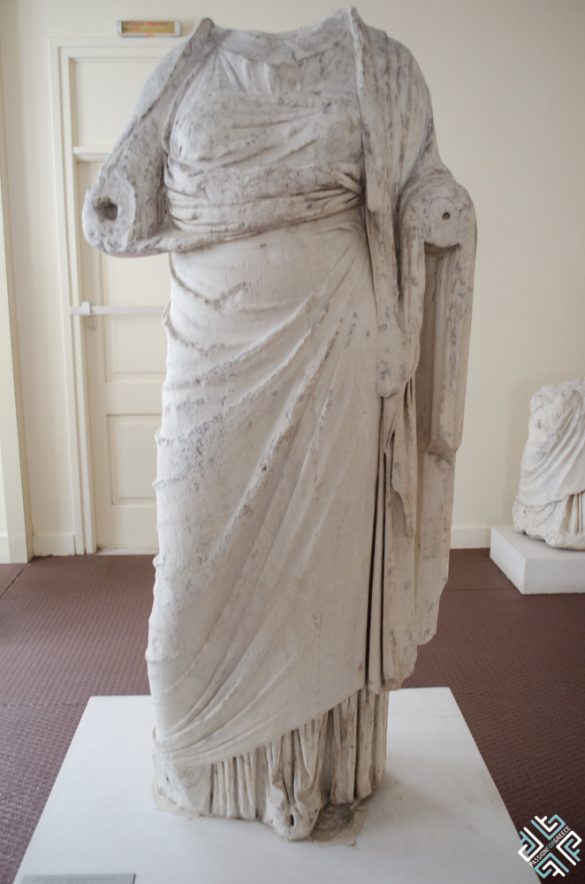 The museum also features a separate area which is dedicated to the reliefs depicting the dinners of the dead. The detail in which the marble was carved — was beyond impressive. We learnt that the most important class of funerary reliefs is represented by those with representation of horsemen, known as the “Thracian horsemen”. Usually male figures decorate thesefounded at the House of Evripos from 2nd century A.D — representing a young man or the seasons of change, showcasing the four seasons on every corner.. Here you will also discover the sculptures of Praxiteles, one of the most renowned sculptors of 4th century B.C. A relief showcasing a woman, founded in Eresos

The Castle of Mytilene

The Castle of Mytilene stands on a hill amongst the pine forest, overlooking the sea — from here you can experience the best view of Mytilene. Dating back to the 14th century B.C. the fortress was built by Gattilusio family as a dowry, when Francesco Gattilusio wed the sister of the Byzantine emperor John V Palaiologos. Our guide, Archaeologist Georgia Tampakopoulou explained that the gates of the castle are decorated with the family coats of arms of the Gattilusi and the Palaiologoi. On the grounds of the castle we also saw the medrese (Muslim seminary) of the famous Admiral of the Ottoman Navy, Hayreddin Barbarossa, who was a native of Lesvos. The two storey, square plan building was were Muslim students were taught the Koran, Arabic, law and astronomy. 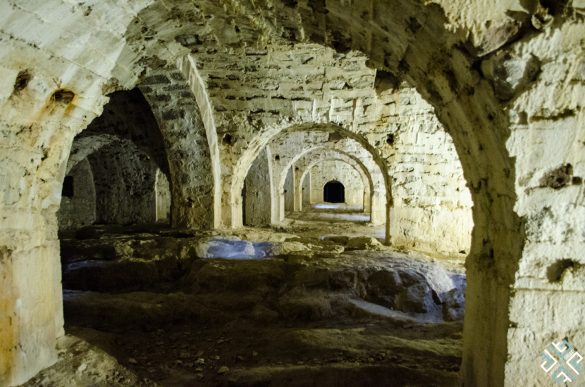 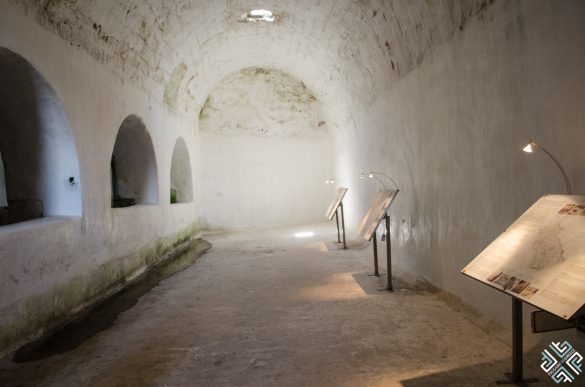 Mytilene for the history buffs: these are just a few of the reasons why you will love Lesvos. Have you been and what did you see?

Rethymnon Conquered: Past and Present

Full Moon at POINT a Bar and Restaurant