On Saturday 4th April 2015, members of Travel Bloggers Greece were invited to experience the Scooterise Athens Complete Tour. Our meeting point was the Scooterise office at 10:15 am, which is located close to the Acropolis Metro station. We had to try our gear (helmet), and get an introduction to how the trikke actually works. 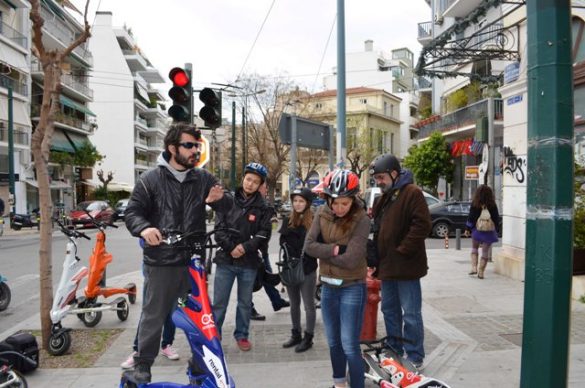 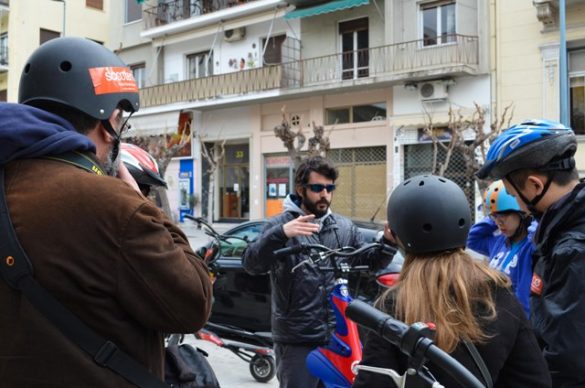 Since I have already done a mini tour in the Athenian Riviera which you can read about here, I was supposedly an expert or a veteran, according to Kostas, one of the brothers behind the Company. 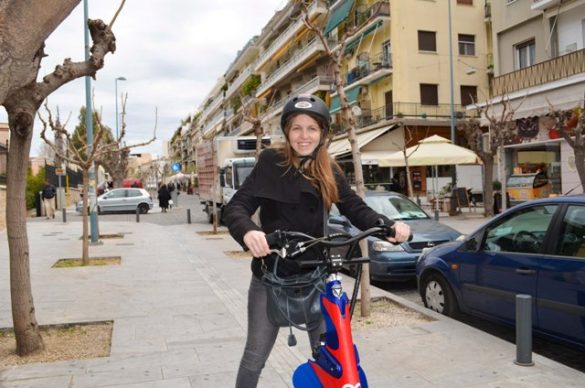 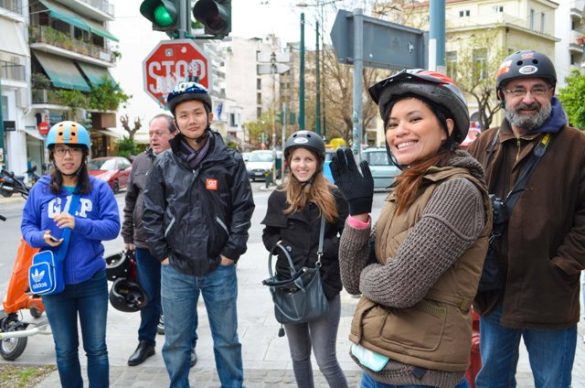 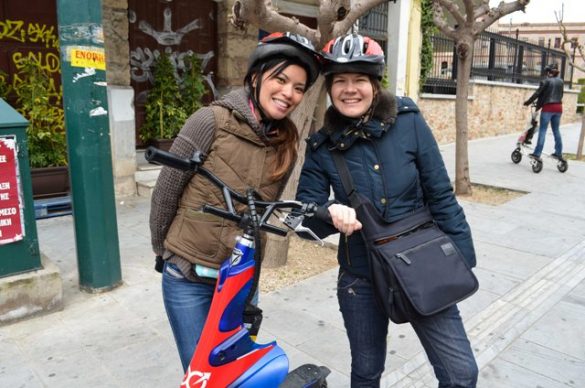 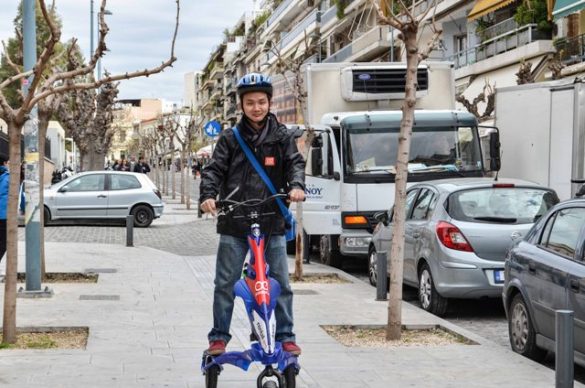 Once everyone was comfortable with getting on their trikkes we started our tour. The first stop was the Hadrian’s Arch which somewhat resembles a Roman triumphal arch and it has been proposed that the arch was built to celebrate the arrival of the Roman Emperor Hadrian in 131 or 132 AD. We posed for a group photo and scootered away towards the Zappeion which is an important building located in the National Gardens of Athens and is usually used for meetings and ceremonies, both official and private. In 1896 during the Summer Olympics, Zappeion was used as the main fencing home. 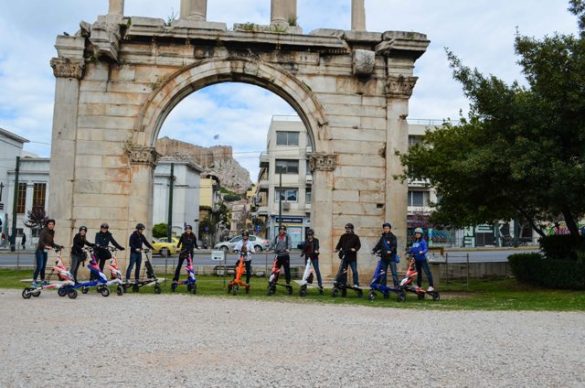 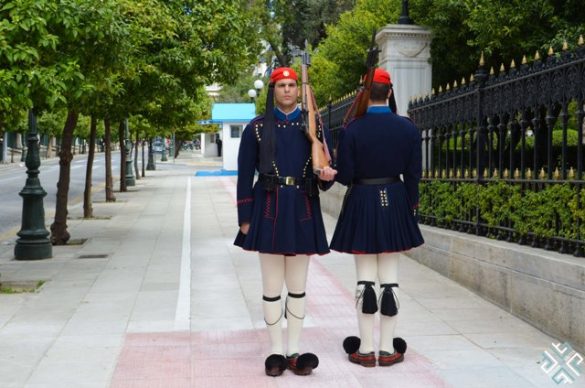 Our next stop was the Kallimarmaro Stadium, kallimarmaro means “beautifully marbled”. This is the stadium that hosted the first modern Olympic Games in 1896 and is the only stadium in the world that is built entirely out of marble. After posing for a few photos we headed towards the National Gardens with a stop at the Presidential Mansion to watch the Change of the Guards. Scootering through the National Gardens was a wonderful experience, actually this was the first time I found myself right in the heart of the Gardens. I have passed it by on several occasions over the years, but without actually ever going right inside to the center. Here visitors can enjoy the surrounding nature; there is also a duck pond, a small zoo and Botanical museum. 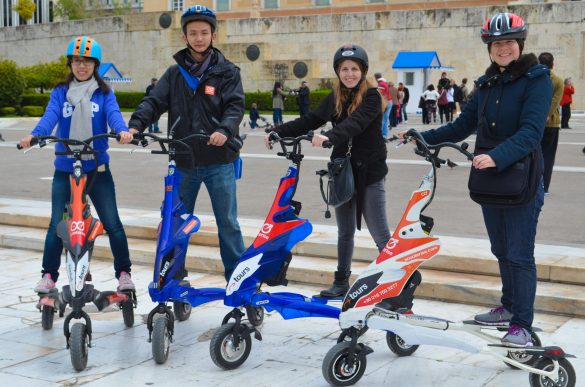 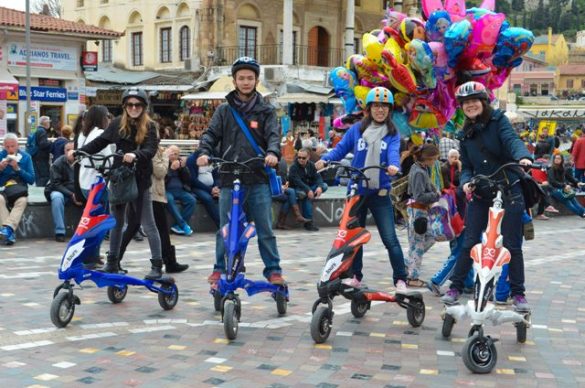 We then stopped at the Hellenic Parliament and of course took a photo, what else. Then we headed to Ermou street, turning of to one of the side streets and headed towards Monastiraki square. As it was Saturday there were lots of people, out and about enjoying their day. It was quite a challenge to go through the crowds however there were less people as we then made our way to Plaka area. We took another photo at the Roman Agora, we made sure that we captures ourselves in all the important places of Athens. It was a unique experience of actually going through all these tiny streets on a trikke, and what was amusing was to see people’s reactions to us passing by. Some even took photos of the group. Our final stop was outside the Acropolis Museum, I think that was it and we called it a day. I have been on a number of tours in different cities, but if you are looking to combine history, culture and fun, then go get a trikke and join one of the Scooterise tours. You are guaranteed to have fun and see the city of Athens from a completely different angle.