It was mid June and four members of Travel Bloggers Greece set out on a new adventure to explore the island of Zakynthos. We met with our host Pigi Plessa the Founder of zantehotels4u.com at the KTEL Bus stop located on the Kifissou avenue and drove off to the Port of Kyllini in Peloponnese, Pigi was excited for us to discover the brand new ferry that we were going to take to Zakynthos. The bus ride was approximately four hours away, and as we arrived at the port a bright yellow ferry was there waiting for us.

Fior Di Levante or else known as the Flower of the East a name that was also once given to the island of Zakynthos, was not an ordinary ship but something extraordinary indeed, which we discovered as soon as we set our foot inside a spacious, brand new vessel.

This was definitely the most luxurious ferry that I have taken to any of the islands in Greece, the attention to detail was exquisite. 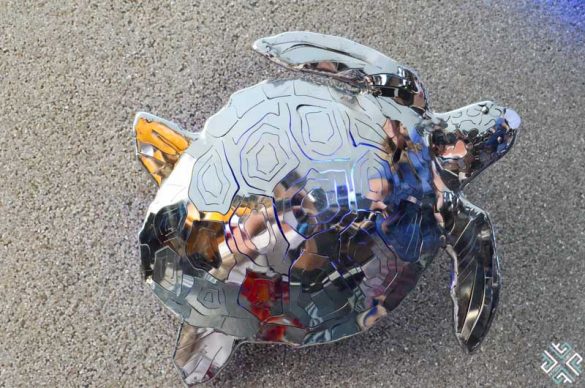 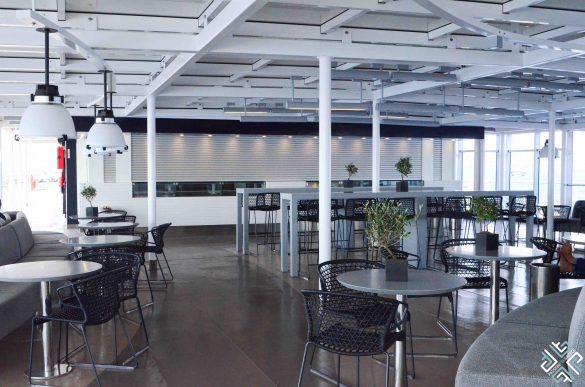 From the spacious lounges to Caretta caretta wall decorations, the yellow VW bus which can be found right in the middle. I don’t know where to start and where to finish describing the interiors of this ship. This beautiful Fior Di Levante was an initiative of a business man named George Theodosis who wanted to do something special for his island Zakynthos, thus he ordered this custom made vessel. A €25 million investment to renovate and to customise this Korean ship which was initially built for the Korean military. The final touches were executed in China, and the ship made it’s first voyage on December 6, 2014. In the front part of the vessel if you look closely you will see the carpeting has the details of the traditional musical instruments, and on the ceiling one can see the lyrics of the local Kantades. One of the walls displays a large photograph of the local men singing Kantades. The ship offers complimentary Wi-Fi and there are plenty of plugs to charge your phones or any other electronic devices. There is also a separate playroom for kids. We were also lucky to be taken on a tour to meet the Captain and sit in his chair! The journey is only a little over an hour away and we all noted the comfort of this ferry and how great it would be if such ferries were available for the rest of the destinations in Greece. Mr Theodosis is a visionary and he wanted his island to stand out from the rest, and he definitely made it happen. 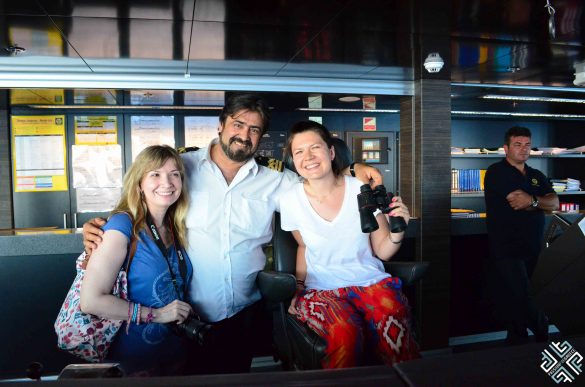 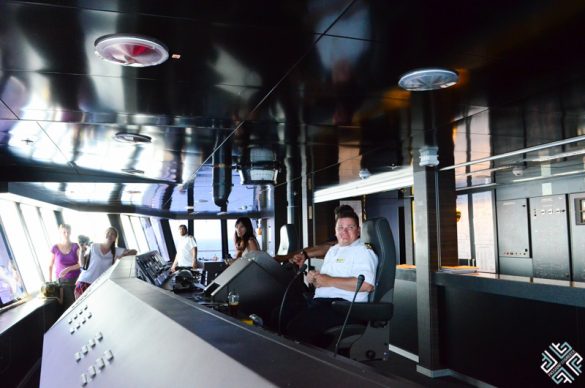 Once we arrived to the island we were taken to Alykanas resort area and to our hotel Plessas Palace where we enjoyed a delicious dinner: steak with french fries, Greek salad, tzatziki and rabbit stew. More of our adventures to follow.

Discover more about Zakynthos in these blog posts:

Zakynthos Highlights: Top Things to do in Zante

Learjet 35 with ABI to Santorini – Flying In Style