Crete is best described as being a big and hospitable island, with breathtaking beaches and exceptional cuisine. Once you visit Crete, it is guaranteed to capture your heart and make you want to return, over and over again. Crete is the largest and most populous of the Greek islands, and over the years it has gained the reputation of being one of Europe’s most popular holiday destinations. The island has historic importance as it was once the home of the Minoan civilization with key archaeological finds at Knossos, Phaistos and Gortys, which are visited each year by thousands of tourists from around the world. The island has an elongated shape; to the north it broadens the Sea of Crete; to the south, the Libyan Sea; in the west the Myrtoan Sea, and towards the east the Karpathian Sea. Crete is also a mountainous island, and its character is defined by a high mountain range crossing from west to east, formed by three different groups of mountains: The White Mountains or also known as the Lefka Ori, the Idi Rangewhere you will find the highest mountain Psiloritis and the Dikti Mountains located on the east part of Crete in the regional unit of Lasithi.

Heraklion is the largest city and is the capital of Crete. It is also considered to be one of the largest cities in Greece. It is here in a close proximity from Heraklion (5 kilometres) that you will find the famous Knossos, the name that survives from the ancient Greek references to the major city of Crete, as well as one of Europe’s oldest cities. The famous Minoan Palace was built over a Neolithic town. During the Bronze Age, the town surrounded the hill on which the palace was built. The site was initially discovered in 1878 by Minos Kalokairinos, however the excavations in Knossos began in AD 1900 by the English archaeologist Sir Arthur Evans (1851- 1941) and his team, and they continued for 35 years. 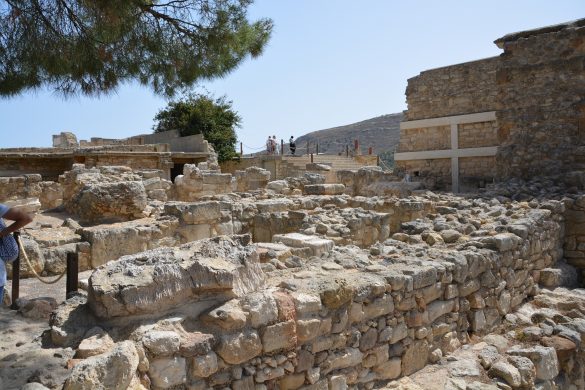 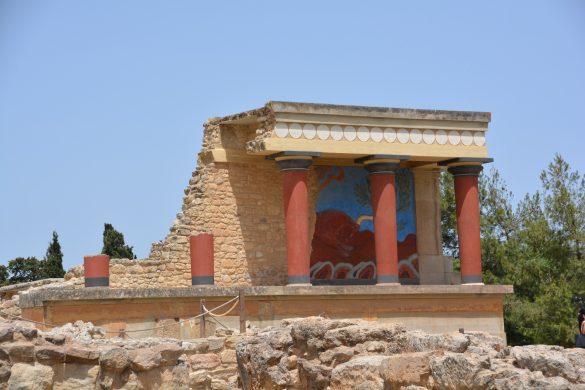 The Old Port of the city of Heraklion is dominated by the Venetian constructions such as the Koules Fortress (Italian name: Rocca al Mare) located at the entrance, the ramparts and the arsenal. Also around the city one will spot several sculptures, statues and busts commemorating significant events and figures of the city’s and island’s history, like El Greco, Vitsentzos Kornaros, Nikos Kazantzakis and Eleftherios Venizelos. Not to forget the city houses a number of preserved Venetian-era fountains such as the Bembo fountain, the Priuli fountain, Palmeti fountain, Sagredo fountain and Morosini fountain. There are a number of ways travellers can get to Crete; first and foremost Heraklion is an important shipping port and ferry dock. Ferries and boats depart from Heraklion to destinations including, Santorini, Ios, Paros, Mykonos and Rhodes, as well as to the port of Pireus, in Athens. If one prefers to fly in then Heraklion International Airport is another commute option, this airport being the second busiest airport in Greece, due to the destinations popularity.

If you are looking to discover the cultural heritage of Crete, there are many museums to choose from such as: Heraklion Archaeological Museum, Historical Museum of Crete, Natural History Museum, Nikos Kazantzakis Museum (the novelist best known for his novel Zorba the Greek), Museum of Visual Arts, the Cretaquarium and so forth. For those who wish to spend their days on the beach there are plenty of beaches to choose from. Matala is a small fishing village located 75 km south-west of Heraklion and it is here that you will find the famous artificial caves in the cliffs of the Matala bay which were created in the Neolithic Age. In the 1960’s the caves were occupied by hippies. Just 2 km away from Matala, you will find the Kommos beach where the protected sea turtles Caretta Caretta nest in the sand of the beach, from May to September. The most picturesque beach in the area is the beach of Agiofarago. To get there one must either cross the gorge by hiking for about 30’-50’, or catch a boat from Matala, Agia Galini, or Kali Limenes. Heading towards Rethymnon, you might also like to take a turn down to the fishing village of Agia Pelagia. The bay of Agia Pelagia is protected from north-west winds and the sea is almost always calm. Here you will find plenty of cafes and tavernas as well at the luxury resort OUT OF THE BLUE, Capsis Elite Resort.

Why you must visit the lesser known Lasithi...