For those of you who follow my adventures must have already caught a glimpse of my experience discovering the wonders of hiking in Meteora Greece and the magical beauty of Meteora at Sunset. But what you must also know is that Meteora is all about the monasteries and in order to visit all the 6 which are operating till this day, you will have to dedicate two days as each monastery has different operating hours, unless of course you are happy with just taking a photo. That works too of course! Discovering heaven on earth would be the best way to describe this experience! Our hosts Meteora Thrones did make sure that we explored the best of what Meteora has to offer thus one of the tours which was organized for us to experience was the Meteora Monasteries Tour. From what you have seen already, on the first day we have visited the Monastery of Saint Stephen and Great Meteoron Monastery. On our last day we visited another three. The Monastery of Saint Barbara Roussanou This picturesque monastery stands proudly in between the majestic rocks of Meteora, it is slightly smaller than its neighbours but its presence is dominating. To get here you must first walk down, following a path that leads through a lush green forest until you reach a gate which opens up to the stairs — not to heaven but to this small in size but very well kept monastery which operates as a nunnery. The nuns here produce their own souvenirs such as different sized pebbles and magnets on which they hand paint the monastery. You can have your souvenir personalized by having your name written down or a different message if you like. They are also known for producing their own products such as honey, which is exceptional I must say. After visiting the monastery we continued heading down towards the main paved road where our luxury mini van was waiting for us, to take us to the next monastery.

This is the monastery which we got to enjoy from a distance the previous day as we watched the little cable car that connects the monastery with the main road, go up carrying the worker who had just completed his daily chores. As Dimitris our guide explained, the cable car is used by the workers who commute to the monastery on a daily basis. The Monastery of Holy Trinity is inhabited by only one monk and it is the most difficult to reach, but the hike up there is definitely worth it. Be prepared to walk for about 15-20 minutes just to get to the top. The view from the monastery is simply amazing, from here you can see Kalambaka unfold in front of your eyes and actually this is the only monastery which is visible from the city. 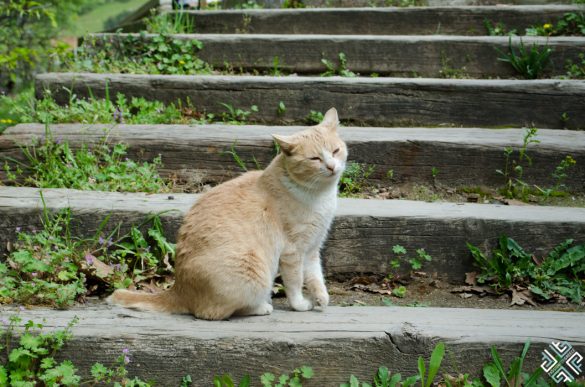 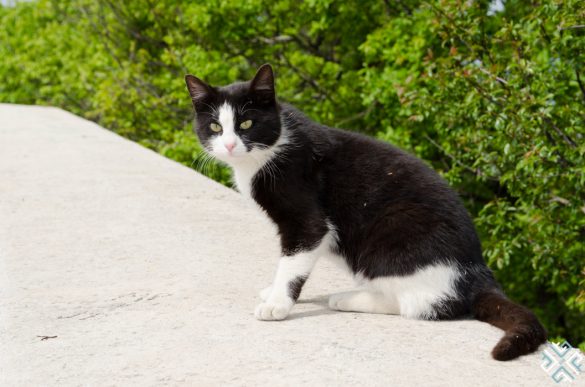 The Holy Monastery of Varlaam

The history of this monastery dates back to the 14th century when a monk named Varlaam climbed up the steep rocks and built the first tiny chapel which took after his name. Unfortunately Varlaam did not find anyone who wanted to follow his lead, so after his death the place became abandoned until 1517 when two rich monks discovered the monastery and after 22 years of getting all the building material to the top of the rock, it took only 20 days to complete the project. While visiting the Monastery of Varlaam we came across some construction work — an extension of the open terrace which when completed promises to be a place with the best view. It’s not a goodbye but rather a see you later. After we finished the Meteora Monasteries Tour we all gathered for a final lunch at the Palazzo restaurant where we enjoyed delicious meat soup and local specialties. We thanked our local hosts for the amazing hospitality and it was time to return back to Athens together with my great company, members of Travel Bloggers Greece. 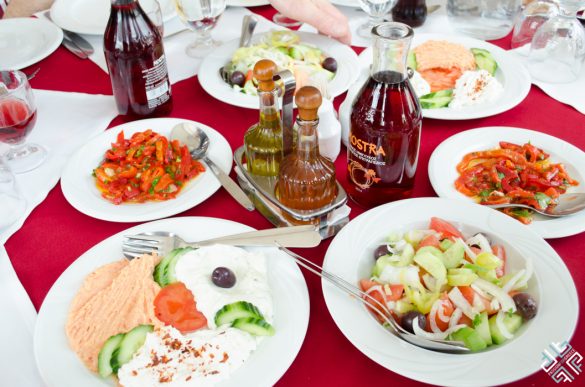 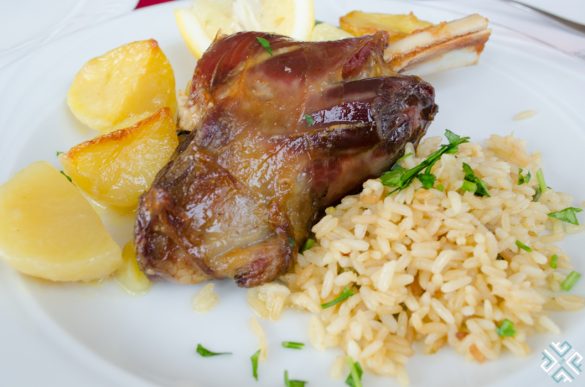